People get used to watching movies or web series online. But nowadays there are so many movies, web series and TV series in OTT platforms to confuse you. We have come with a solution for you to this problem. We have made your ‘What to watch on 8th February’ list on Amazon Prime Video, ALT Balaji, Disney+Hotstar and Netflix. Now no more confusions. You can enjoy your day at home with these shows, web series, movies. Let’s have a look at the list of ‘What to watch on 8th February’ selected shows for you.

This is a thriller web series. This web series asks a question, that is – how far you can go to save the one you love. You can watch it here: Breathe

This is a sports drama web series. This series is all about T20 test cricket match and match-fixing in cricket. It has two seasons. You can watch it here: Inside Edge

Apharan is an action thriller web series. This web series based on 70s era and it is all about kidnapping a young girl. Inspector Rudra is falsely accused of kidnapping that girl and the story end up within a jail for 3 years. You can watch it here: Apharan

It’s a crime thriller web series. It based on the 2008 British movie with the same name. This is the story of a cab driver Aditya. His female passenger got murdered who he has a one night stand with. After that, he was arrested for rape and murder that girl, Sanaya Rath. You can watch it here: Criminal Justice

This web series based on Vikram Chandra’s novel Sacred Games in 2006. It’s a story of Sartaj Singh, troubled Police Officer in Mumba. He gets a phone call from a gangster to save the city in 25 days. You can watch it here: Sacred Games 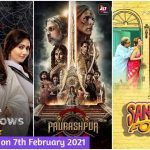 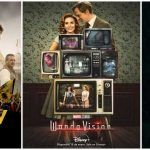