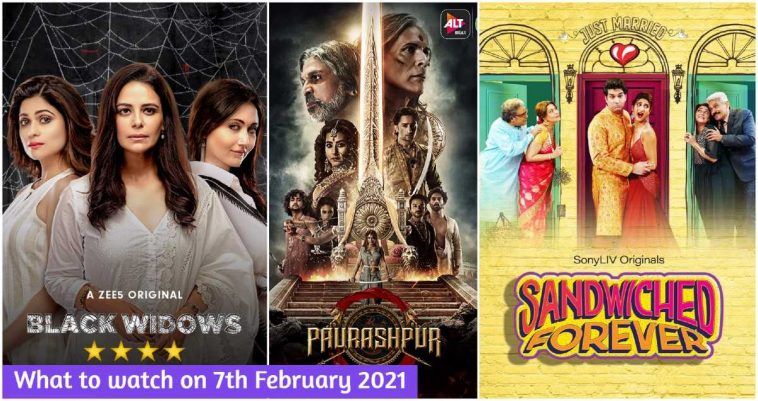 People get used to watching movies or web series online. But nowadays there are so many movies, web series and TV series in OTT platforms to confuse you. We have come with a solution for you to this problem. We have made your ‘What to watch on 7th February list on Disney+Hotstar, Netflix, Amazon Prime Video and Zee5. Now no more confusions. You can enjoy your day at home with these shows, web series, movies. Let’s have a look at the list of ‘What to watch on 7th February’ selected shows for you.

Black Widows is a Crime Drama Web Series. It’s a story of Three downtrodden wives who make a plan to kill their abusive husbands. You can watch it here: Black Widows

It’s a drama web series. Paurashpur is a kingdom which is dominated by men. It is the ultimate fight to win to get gender equality. You can watch it here: Paurashpur

This is an adventurous Fantasy Film. Artemis Fowl is a young criminal prodigy. He hunts secret fairies to find out his father. You can watch it here: Artemis Fowl

A newly-wed couple’s life becomes sandwiched when both of their parents move to their next-door as the neighbours. You can watch it here: Sandwiched Forever 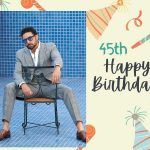 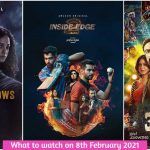