People get used to watching movies or web series online. But nowadays there are so many movies, web series and TV series in OTT platforms to confuse you. We have come with a solution for you to this problem. We have made your ‘What to watch on 5th February’ list on Amazon Prime Video, Netflix and ZEE5. Now no more confusions. You can enjoy your ‘Sunday Fun-day’ at home with these shows, web series, movies. Let’s have a look at the list of ‘What to watch on 5th February’ selected shows for you.

Sons of the Soil Movie Details:

Durgamati: The Myth is a horror-thriller film. You can watch it here: Durgamati

This film revolves around a filmmaker who kidnaps a film star’s daughter. The filmmaker makes a film of him searching his daughter desperately. It’ll make you confuse to find out what is reel and what is real. You can watch it here: AK vs AK

Ludo is an anthology, dark comedy, crime film. The game changes the lives of Sattu Bhaiya, Akash, Alu and Bittu. You can watch it here: Ludo

Darbaan is adapted from the Novel Khokababur Pratyabartan of Rabindranath Tagore. The story is all about the life of a caretaker. His life changed due to his one careless act. You can watch it here: Darbaan 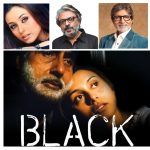