We always remember our national hero Subhas Chandra Bose. And it’s his Birth Anniversary today. So, let’s remember his great sacrifice for our country. People get used to watching movies or web series online. But nowadays there are so many movies, web series and TV series in OTT platforms to confuse you. We have made your ‘What to watch on 23rd January’ list on Amazon Prime Video, Alt Balaji, ZEE5 and Netflix. Let’s watch some patriotic movies or web series today. You can enjoy the day at home remembering our great hero with these shows, web series, movies. Let’s have a look at the list of ‘What to watch on 23rd January’ selected shows for you.

It’s still a question whether Subhas Chandra Bose was dead or not in the Japanese plane crash on 18 August 1945. The story revolves around Netaji’s vanish. You can watch it here: Bose: Dead/Alive

In this web series, a female soldier Shikha Sharma prepares herself being a first female test case in a combat role in the male dominating academy. Finally, she will be the first female combat. You can watch it here: The Test Case

The story is all about an Indian Amry Lawyer Major Monica Mehra. She explores the conspiracy during her investigation of a military encounter case. You can watch it here: Code M

Bard of Blood is all about a mission against Taliban of Kabir Anand, an Indian Intelligence Wing agent. At last, he makes a team to defeat the Taliban. You can watch it here: Bard of Blood 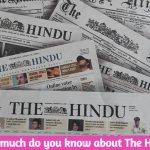 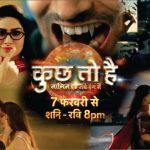