Kareena Kapoor and Saif Ali Khan had a baby boy this year. They greeted their second baby. Kareena and Saif wanted to keep their second son away from the limelight, which is why the name of their baby boy was not revealed. The couple did not share any photos of the second baby on their social media. Once, however, Randhir Kapoor has accidentally posted and removed the picture of him on his social media. Now people want to know What Is The Meaning Of ‘Jeh’? Jeh is Kareena’s second son’s name.

A lot of networks saw and also some media houses have picked the photo before veteran actor Randhir Kapoor could delete his post. The image had a collage of two baby boys from Kareena and Saif.

Son Taimur, born on 20 December 2016. The infant became the Internet sensation since his birth and was followed around the clock by the paparazzi. At that time people in social media began questioning the origin of the name ‘Taimur’.

Randhir Kapoor Confirms The Name Of His Second Grandson :

Since the second child was welcomed by Kareena Kapoor and Saif Ali Khan, their fans are waiting to know their second child’s name. Some reports recently suggested that the couple named their second baby ‘Jeh’ but it was not confirmed. In some reports, Kareena and Saif also concluded ‘Mansoor’ as their second son’s name. Mansoor Ali Khan Pataudi was Saif Ali Khan’s father. Now, Randhir Kapoor has confirmed in an interview with the news agency PTI that his grandson had been named Jeh. He said, “Yes, Kareena and Saif’s son has been named Jeh recently.”

What Is The Meaning Of ‘Jeh’?:

What does ‘Jeh’ mean? Well, the name comes from Latin and it means blue crested Bird. And in Parsi, it means “To come, to bring”. How lovely that is! Right?

Kareena Kapoor Khan told Neha Dhupia that she and Saif decided, following the controversy of her first son, Taimur, to maintain the baby’s name in a last-minute surprise. The first son Saif Ali Khan and Kareena Kapoor, Taimur Ali Khan, had many disputes over him. Because many believed his name is of a Turkish leader.

Saif Ali Khan told a tabloid that he wouldn’t offend anyone with the idea behind the name of his son Taimur. The name and its meaning he and Kareena both loved. He also told how he felt that the whole drama about his son’s name was superfluous. Saif Ali Khan also said that the Turkish ruler’s name was Timur and not Taimur. He said that Taimur is an old Persian name, meaning iron.

Kareena Kapoor Khan on Instagram: “I can’t believe that I actually agreed to write this book… but here it is. We all have our own unique experiences as expectant mothers…”

Kareena Kapoor Khan has also recently announced that she is publishing her pregnancy book, ‘The Kareena Kapoor Khan’s Pregnancy Bible.’ Bebo revealed With a special post, the book’s cover and called it ‘third child.’ She shared the book personally, reflecting her physical and emotional experiences during her two pregnancies. 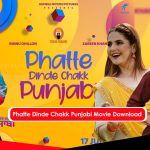