Deepika Padukone began dating Siddharth Mallya after her heartbreaking split from Ranbir Kapoor. They had been dating for nearly two years. When Siddharth and Deepika did a lip kiss during an IPL match, they became the talk of the town. Recently Siddharth Mallya Talks About Deepika Padukone’s Mental Health and her struggle with mental illness and praises her as ‘very inspiring.’

Things, however, did not go as planned, and the two came to an amicable agreement to part ways. Things have changed a lot since then, and the two have decided to let the past go. Speak candidly about himself, Siddharth called his ex-girlfriend Deepika’s work to raise awareness about mental health ‘very inspiring.’

In an interview with TOI Siddharth said, “I think it’s amazing the work that she and everybody else do in India. There are just not enough people who talk about mental health. The fact that people like her use their platforms to promote mental health is very inspiring. And I think that the more people we can get to talk about mental health whether it’s writing books, celebs or just grassroots level or teachers talking about it in school to children or families talking about it–better for everyone.”

Siddharth continued by saying that he and Deepika never discussed their mental health issues while they were dating, “For me, my journey with mental health started in 2015-16. As I have said in the book, I was really unaware of a lot of the things that I was going through before then. So mental health was not really something that we talked about; it wasn’t really a conversation I was having with anyone.” 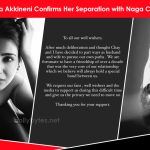