History of The Hindu:

Let’s know about The Hindu. In 1878, on 20th September 4 law students and 2 teachers named together Triplicane Six founded The Hindu as a weekly newspaper in Madras. The Triplicane Six are T. T. Rangacharya, P. V. Rangacharya, D. Kesava Rao Pantulu, N. Subba Rao Pantulu, G. Subramania Iyer, M. Veeraraghavacharyar. Subramania Iyer was the first editor and Veera Raghavacharya was the first managing director of this newspaper. That time, as the inaugural issue they printed100 copies at Srinidhi Press, Georgetown. At first, the newspaper started as weekly, then it became tri-weekly, at last, it became a daily newspaper. The Triplicane Six moved the office in a rented place at 100 Mount Road on 3 December 1883. And started printing at its own press, named “The National Press. The building itself became also The Hindu’s in 1892.

In October 1898,  Veeraraghavachariar became the owner of this newspaper after G. Subramania Iyer quitted. He appointed  C. Karunakara Menon as the editor of The Hindu. 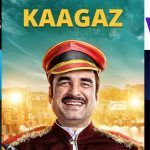