Abhishek Bacchan, Yami Gautam and Nimrat Kaur will be seen in the film DASVI. This is a comedy-drama film. The shooting of the film has started on 22nd February. Dasvi first look revealed on Twitter and Instagram by Abhishek Bachchan and the makers. Abhishek wrote “Meet Ganga Ram Chaudhary. #Dasvi shoot begins.” caption on it. Abhishek Bachchan will play the character in the film named Ganga Ram Chaudhary. Tushar Jalota is the director and Dinesh Vijan and Jiyo Studios are the producer of the film. Abhishek also shared the first look of Yami Gautam and Nimrat Kaur. The name of the character played by Yami is Jyoti Deswal. And the name of the character played by Nimrat is Bimla Devi.

Abhishek Bachchan will also be seen in Big Bull, Bob Biswas and Gulab Jamun. In Gulab Jamun, Abhishek will work with Aishwarya Rai Bachchan after a long time.

Recently Aishwarya Rai Bachchan and Abhishek Bachchan were spotted at her cousin Shloka Shetty’s wedding with Aaradhya Bachchan and mother Vrinda Rai. The star couple posed with the bride and the groom for a photo along with some of her relatives and other guests. The photo went viral on the internet. In another photo, Aishwarya looks so gorgeous in a red traditional lehenga. She posed with two relatives. 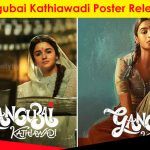 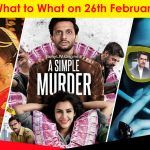