People are used to hooking on Television in India. Especially, during the pandemic Covid-19 lockdown habit of watching television has been increased. TV shows become part of our lives. People get addicted to the Daily Soaps. Nowadays not only TV serials but TV shows also get very high TRP on the basis of audiences. BARC has rated some TV shows/TV serials on the basis of popularity or TRP. check out the top TRP list according to the BARC. Let’s check out Top 5 TRP rating TV shows in 2021.

Anupamaa is an Indian drama TV serial that goes air on STAR Plus. It premiered on 13th July 2020 on STAR Plus. This serial is the Hindi remake of Bengali Serial Sreemoyee. It stars Rupali Ganguly, Sudhanshu Pandey, Madalsa Sharma, Tasneem Sheikh and Paras Kalnawat. This daily soap has the 2nd highest TRP in its bag.

Imlie is an Indian drama TV series. This serial gets the 5th position in the list of Top 5 TRP rating TV shows in 2021. It stars Sumbul Touqeer Khan, Gashmeer Mahajani and Mayuri Deshmukh. It is the Hindi remake of Bengali Serial Ishti Kutum. This daily soap premiered on 16th November 2020 STAR Plus.

Ekta Kapoor’s TV serial Kundali Bhagya has the highest TRP in 2021 according to the BARC. This serial goes air on Zee TV. It’s an Indian romantic drama television series. It started on 12th July 2017. This serial stars Shraddha Arya, Dheeraj Dhoopar, Manit Joura and Anjum Fakih. All the characters and the story of the serials win the hearts of the audiences.

Ghum Hai Kisikey Pyaar Meiin is the 3rd in the list of highest TRP rating TV shows in 2021. This daily soap produced by Cockcrow Entertainment and Shaika Films. It premiered on 5th October 2020 on STAR Plus. It is the Hindi remake of Bengali Serial Kusum Dola. This serial stars Ayesha Singh, Neil Bhatt and Aishwarya Sharma

Once again Ekta Kapoor’s daily soap Kumkum Bhagya has won the hearts of the audiences and gained the 4th position in the highest TRP list. It went air on for the first time on 15th April 2014, on Zee TV. It based on Sense and Sensibility by Jane Austen. This serial stars  Sriti Jha, Shabbir Ahluwalia, Reyhna Malhotra and  Mugdha Chaphekar. 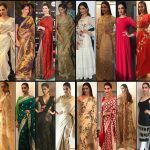 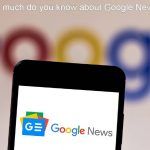